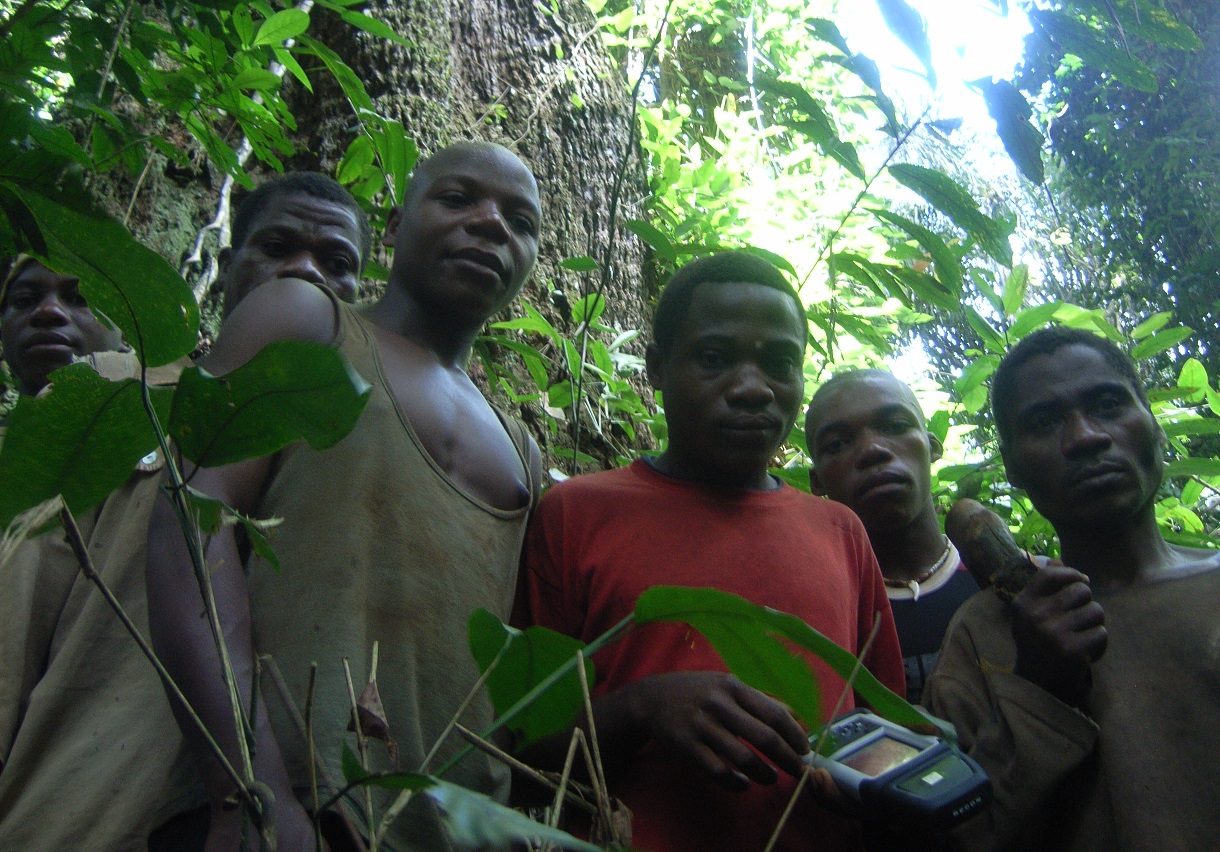 Understanding lives of marginalized indigenous hunter-gatherers is the first step to defending them against loss of rights and access to forests, experts say.

Increased deforestation and road building in Central African rainforests will intensify threats to the lives and lifestyles of indigenous Pygmy communities, a new study suggests.

The study, which provides the first measured estimate of the population and distribution of these increasingly marginalized indigenous groups, found that the forests of Central Africa could be home to up to 920,000 Pygmies.

Until now, it has not been possible to determine the numbers and actual geographic ranges of Pygmy communities, because of their location in remote forest areas, mobility, lack of census data, and imprecise and partial sources of information.

Pygmy communities live in rainforests across nine countries in Central Africa – an area of some 170 million hectares – where they make up a very small minority of the total population. They identify closely with the forest and many still depend largely on wild forest products. Most Pygmy groups move around, for social and nutritional reasons, within a specific territory or group of territories to which they have affiliations through clan or marriage relations.

Despite the Pygmies’ significance to humanity’s cultural diversity as the largest group of active hunter-gatherers in the world, the new study, published in PLOS ONE, is the first to predict how many Pygmies are likely to be found in the vast expanse of tropical forests in Central Africa. The study also maps their distribution, and identifies which areas are of ecological importance for them.

The study, a first, was led by Prof. John E. Fa from Manchester Metropolitan University, and senior research associate with the Center for International Forestry Research (CIFOR), Dr. Jesús Olivero, an expert biogeographer at the Biogeography, Diversity and Conservation research group of the University of Malaga in Spain, and Dr. Jerome Lewis, an anthropologist at University College, London, who has worked extensively with Pygmies and supported them to better defend their rights.

The greatest novelty of the study is that it compiles evidence collected by an unprecedented number of researchers – a total of 26 contributors, including anthropologists, conservation biologists and biogeographers from the USA, Canada, Europe, Japan and Cameroon, active human rights groups, and bilateral and livelihood organizations.

The information generated by these co-authors made it possible to generate the largest-ever database of the locations of Pygmy camps. In the absence of any known accurate censuses of Pygmies, the researchers predicted where they live by using statistical methods, developed by Dr. Olivero and his team in Malaga, based on species distribution modeling (SDM) methods that investigate the relationships between environmental conditions and the distribution of organisms. The PLOS ONE study is the first to apply this method to human societies and their cultural diversity.

“By using tried and tested animal and plant distribution models, we hope to raise greater awareness of the importance of these too often ignored and marginalized groups in this region,” Dr. Olivero said.

Dr. Olivero noted that the study’s participants undertook the research to boost the visibility and understanding of what is an increasingly marginalized and threatened indigenous people.

“Pygmy communities depend on the forest but their access to forest areas is becoming increasingly difficult because of industrialization and the expansion of market-led initiatives, displacement, forced sedentarization, disease and deforestation,” Dr. Olivero said.

“This is a very underprivileged and neglected group of people, many of whom have already lost their forest land and livelihoods and whose rich cultural traditions are seriously threatened in many regions,” said Dr. Jerome Lewis.

“Information on their locations and population numbers are crucial for developing appropriate human rights, cultural and land security safeguards for them, as for other indigenous peoples,” Dr. Lewis added.

Understanding where and how Pygmy communities live is an important first step in supporting them and safeguarding their rights, Prof. Fa said.

“It’s important for all of the countries involved to come together to help support Pygmies’ cultures and human rights to make sure they are respected and understood,” Prof. Fa said.

“At the end of the day, 900,000 people living in small groups in such a vast area can very easily be ignored, leading to their cultural extinction, and given the extraordinary role they have played in the human story since well before antiquity, we don’t want that.”

The full paper, “Distribution and Numbers of Pygmies in Central African Forests”, is available at: http://www.cifor.org/library/5931/distribution-and-numbers-of-pygmies-in-central-african-forests/

An associated article on the study is available at: forestsnews.cifor.org/39177