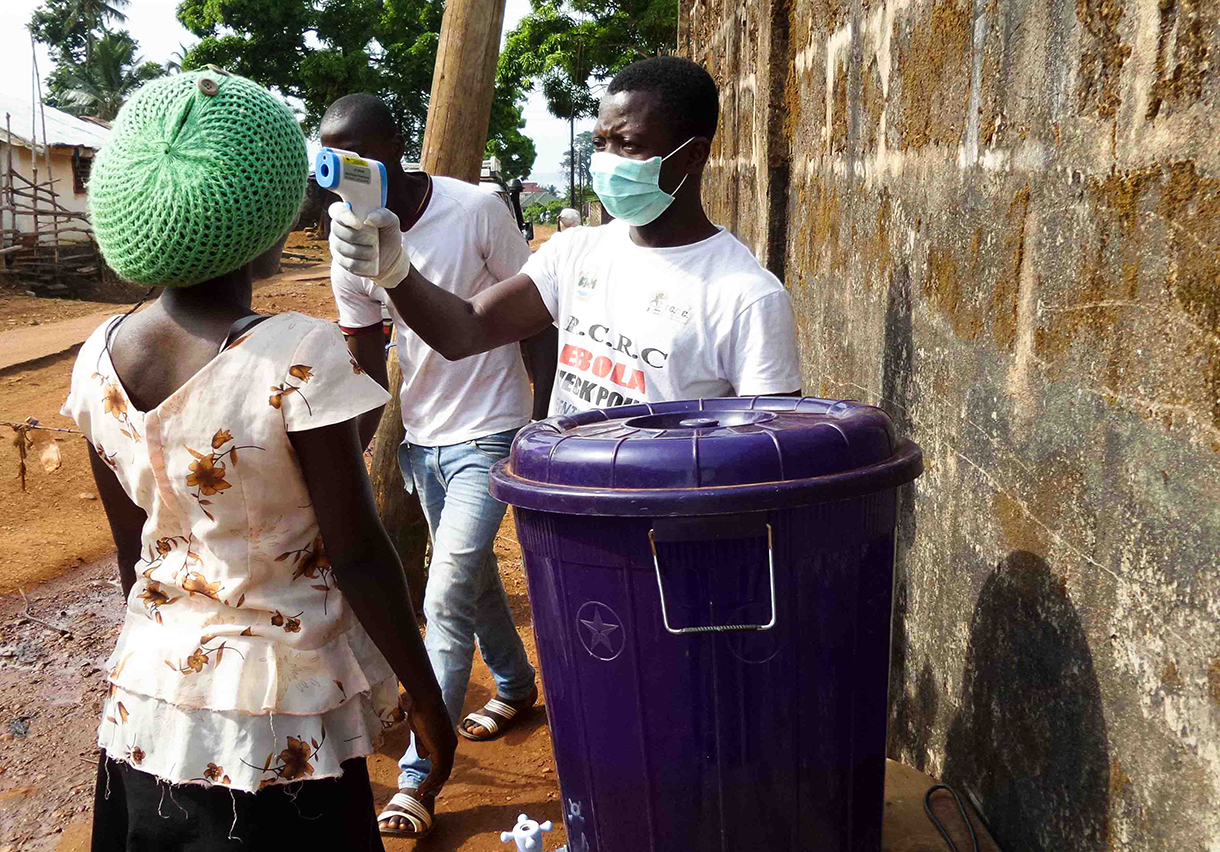 7 June 2016 – A groundbreaking new study into the Ebola virus has revealed that hotspots for the disease may be more widespread, and carried by a greater number of animal species, than previously suspected. Findings also highlighted a strong link between the Ebola virus and tropical rainforests, contributing valuable knowledge to efforts to contain the spread of the ongoing outbreak in West Africa.

The study, published in science journal Mammal Review, was carried out by a research team led by scientists John Fa and Robert Nasi from the Center for International Forestry Research (CIFOR), together with Jesús Olivero and colleagues from the University of Málaga, including US virologist Jean Paul Gonzalez and Zoological Society of London wildlife epidemiologist Andrew Cunningham.

Read about the study on Forests News here.

The teams were the first to apply biogeographical techniques to map favorable conditions for a virus, resulting in a map of hotspots where Ebola may spread and thrive in the wild on the African continent. The map showed favorable conditions for Ebola across 17 countries stretching from Guinea in the west to Uganda in the East African Lakes region. Areas with tropical rainforest showed greater favorability than areas south of the Congo River.

Several areas of favorability for the virus overlapped with areas where cases of the disease in humans have been reported, such as the Congo Basin. But other areas revealed as favorable environments have yet to report cases of Ebola, including Cameroon, Nigeria, Sierra Leone and Tanzania.

“This information is essential for the development of early warning systems aiming to optimize the efficacy of prevention measures,” Olivero commented.

Challenging the preconception that the Ebola virus is mainly carried by three species of fruit bats, the study produced an additional list of more than 60 species of animals flagged as potential carriers of the disease, including rodents, primates, ungulates (hoofed mammals), a civet and a shrew. This finding has implications for the hunting and butchering of wild animals for food, or what is known as bushmeat.

Fa, a bushmeat expert, said that although hunting, butchering and eating bushmeat could be a major source of transmission of Ebola, putting a blanket ban on bushmeat hunting or consumption is not a viable measure – and neither is destroying all species suspected as carriers.

“We have to have very clear and realistic ways of trying to stop the transmission from infected animals to people without necessarily stopping people from doing what they’ve done, which is essentially hunting for food,” Fa said.

Fa said that working with at-risk hunters and communities will be critical for stopping the spillover of infection from animals to humans. Further research into the communities of animals identified in the study, and how their habitats are affected by human activities such as deforestation and urbanization, is also needed.