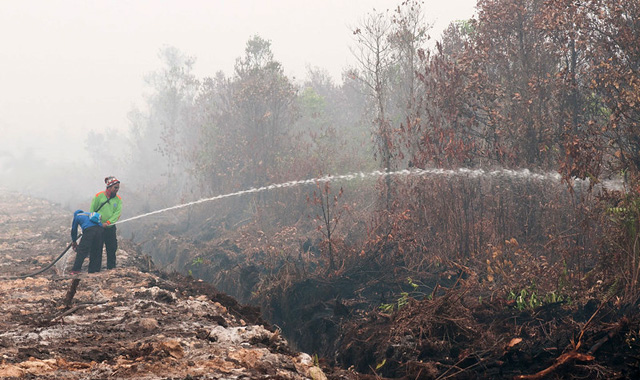 Fighting peatland fires comes with myriad challenges because they are often in remote locations, the soft soil makes them inaccessible by car and firefighters need huge amounts of water — often pumped below ground — to get at subterranean blazes.

Indonesia has deployed water-bombing helicopters, but the onset of the rainy season, which usually starts in October, could be the only thing able to douse the fires.

“When you’re dealing with large areas of peat burning it’s just so expensive to bring in large quantities of water,” said Michael Brady, an Indonesia-based peatlands expert at the Center for International Forestry Research.

“Water-bombing is not very effective, because you just can’t drop enough water” to douse them, he added.