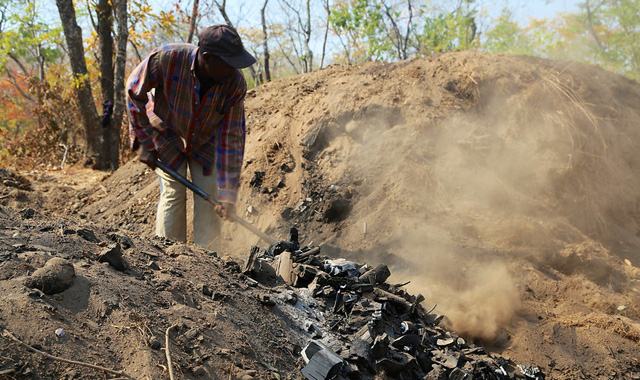 The recent revelation by the News diggers Newspaper that China imported 20 times more Mukula timber from Zambia than was declared gives credence to the assertion that there is so much revenue being lost through smuggling.

“High volumes of Mukula continue to be exported as logs despite regulations prohibiting it. Recent Mukula production in Zambia could have amounted to about 110,000  per annum, with revenue losses of about US$3.2 million and bribes paid to state officials of about US$ 1.7 million. While official statistics remain incomplete and unclear, comparing Zambia and Chinese customs data reveals significant differences.” The Centre for International Forest Research (CIFOR) regional scientist and Chief Researcher Dr Davison Gumbo was quoted as saying by the paper.

According to the President of The Gemstone and Allied Workers Union of Zambia, Sifuniso Nyumbu as Quoted the MAST newspaper, Zambia lost an estimated $7 billion due to illegal mining and sale of gemstones.
Read more on Lusaka Times