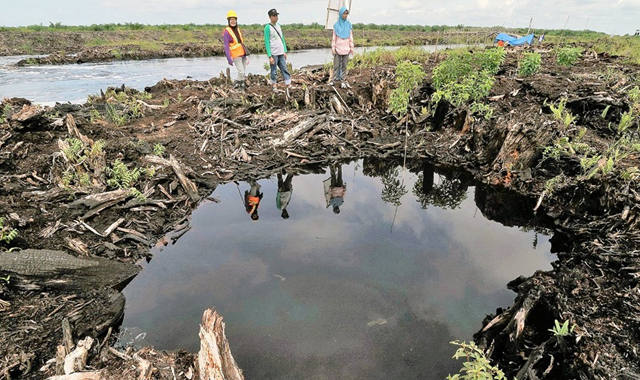 The government has started research into developing peatlands as agricultural lands and conservation areas, following years of plantation companies and farmers using the slash-and-burn method in an attempt to cultivate peatlands.

The South Sumatra Peatland Restoration Team (TRGD) has focused on four areas in the province for developing as peat management and research centers.

TRGD chairman Najib Asmani said that the four areas were mapped on their individual characteristics for researchers to conduct a variety of peatland studies.

The four areas include Sembilang National Park, which UNESCO designated last year as a Biosphere Reserve.