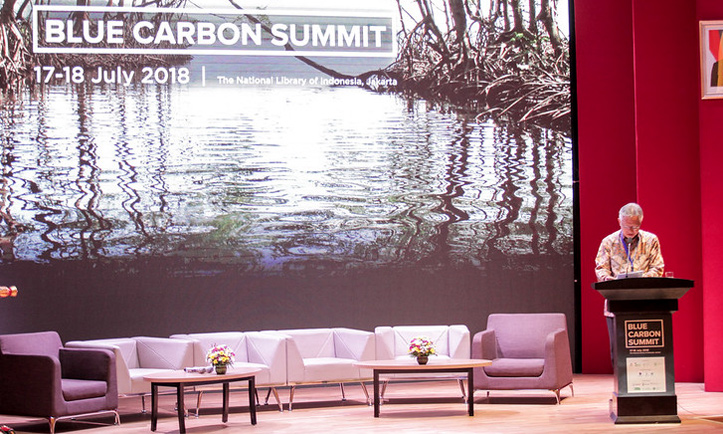 TEMPO.CO, Jakarta - The Indonesian Academy of Sciences (AIPI) along with the Center for International Forestry Research (CIFOR) established Blue Carbon Summit on July 17-18, 2018 at National Library of Indonesia, Central Jakarta.

“Hopefully, there will be an economic strategy that based on Indonesian maritime,” said AIPI head Satryo S. Brodjonegoro in his welcoming speech.

The blue carbon is the carbon that captured and stored in coastal ecosystems such as mangrove forests, seagrass meadows or intertidal saltmarshes. The carbon has blue color because it was created beneath the waters.
Read more on