The premiere screening of Forest Film Festival asked attendees to rank their favorite films in three categories: best cinematography, best story and best research. All five featured films were well-received and earned a spot on the award charts:

“The Elephants of South Sumatra” was also a favorite, placing second for best story and best research and third for best cinematography.

The dedicated storytelling of “The Honey Harvesters” and “Planting in Arid Zones” ranked third for the best story and best research awards, respectively.

Thank you to all the talented directors, videographers and researchers who made this event possible.

Films have the power to inspire. The Forest Film Festival will transport audiences to some of the world’s most stunning tropical forests, featuring stories based on research by the Center for International Forestry Research (CIFOR) and World Agroforestry (ICRAF), highlighting the crucial role that these biodiverse ecosystems play in providing people and the planet with vital services from nutritious food to protection from climate change.

Each screening will be followed by a panel discussion with researchers and film producers, offering insights into what goes on behind the scenes. The audience will also have the chance to participate by voting on the films they like most.

The 2021 Forest Film Festival will also be launched. For the second annual event, we will accept submissions from filmmakers from around the world and offer prizes. Stay tuned for more details.

Twice a year, the honey harvesters of West Timor, Indonesia climb 30 meter-tall eucalyptus trees to ask the “forest princesses” to share their honey. The bees share their sweet nectar and in doing so help maintain this ancient partnership in the Mutis Timau forest.


The elephants of South Sumatra

Land-use conflicts between humans and elephants in Sumatra have stranded elephants inland leaving them without access to their traditional water routes. Liberating these land-locked elephants and restoring their natural habitat means finding solutions that will also benefit local communities and livelihoods.

Elders believe God lives in the sacred groves of Mount Kenya, a place worthy of respect and conservation. But after years of colonialism, population growth and land-use change those traditional beliefs are being eroded, and this “Garden of Eden” is threatened with extinction. Can God and humans live together on the mountain?


Left behind in Nepal: Shanti’s story

Shanti Tamang, a 20-year-old mother, was left behind in her Nepalese village with her young son and in-laws after her husband went to Qatar to find work. Her story, and those of other wives, mothers and sisters, reflects the profound changes in traditional roles and land management practices in the mountainous South Asian nation as young men leave their families behind for overseas employment.

Desertification and planting trees as a way to counter it are the themes of this film by Urban Street Forest, an organization focused on tree planting. The film provides a glimpse into the challenges of planting in arid zones to restore land and shows that if planting trees and shrubs can be accomplished in these difficult circumstances, they can be planted almost everywhere.


Following the screenings, there will be short discussions with researchers and producers to learn more about the stories, people, landscapes behind the films. Audiences will have an opportunity to vote on their favorite films. 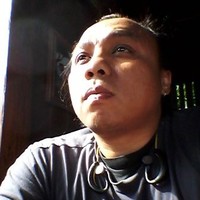