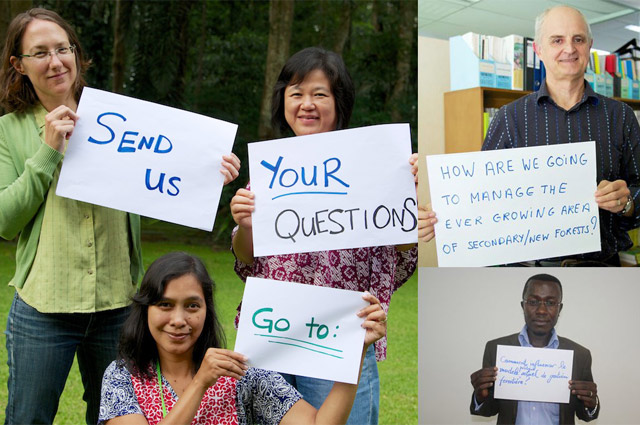 The T20Q project is calling for people around the world to cast their votes in the project’s second phase, launched on 14 November.

The project aims to identify 20 key research and policy questions for forestry and landscapes, as written and selected by the general public, with the goal of identifying research areas that reflect current policy needs.

More than 2,500 questions were suggested by participants in 104 countries during the first phase of the project, which ran from May to November 2014. These questions were then indexed and sorted by theme.

Now in the re-engagement phase, T20Q is asking participants to rank the questions. Voting is open to all until mid-December, when the highest-ranking questions will be identified and announced.

T20Q is run by the Evidence-Based Forestry initiative, To vote or learn more about the project, visit the T20Q website.