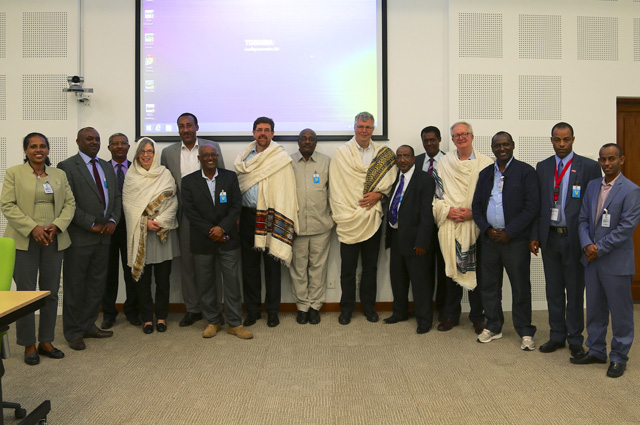 A delegation from the government of Ethiopia visited CIFOR’s Indonesia headquarters in late January to learn more about the Southeast Asian country’s experience tackling deforestation and in implementing REDD+ (Reducing Emissions from Deforestation and forest Degradation), a proposed initiative to curb carbon emissions through avoided deforestation.

“Once upon a time, our country was covered with forests,” said Kebede Yimam, State Minister for Environment and Forest, addressing a day-long workshop in Bogor, Indonesia. However, agricultural expansion and development, which has powered the country’s double-digit growth rates in the past decade, has also helped to hasten the loss of forests in the ecologically diverse East African country.

A contingent of representatives from the Ministry learned about the context of REDD+ in Indonesia – including the latest research in on-the-ground initiatives, analysis of Indonesian forest policy networks, governance and communications pathways.

REDD+ is one part of a larger effort by the Ethiopian government to transition to a low-carbon “green” economy, Yimam said.

“The government is committed to sustainability,” Yimam told CIFOR representatives at the workshop. “We came to learn from your experience.”