Home » Corporate news » CIFOR’s research for impact: two publications in the top 5 of Environmental Evidence’s most influential articles in 2016 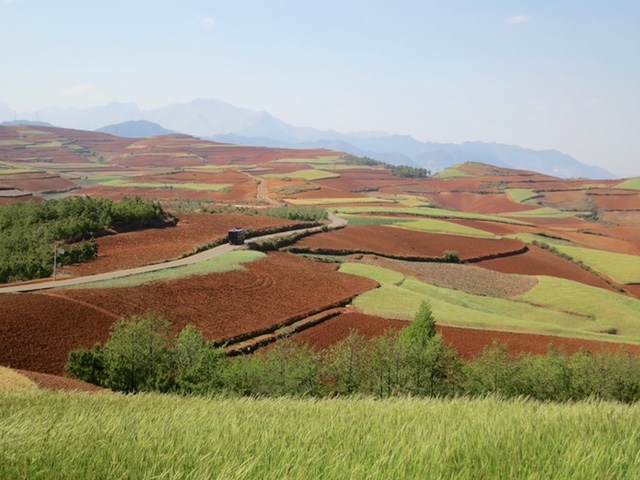 In 2016, CIFOR scientists produced 388 publications of which 204 were journal articles. CIFOR’s publications were downloaded over 1 million times during the year and received more than 10,500 citations. Out of the 204 articles published in scientific journals, two articles were ranked in the top 5 most influential articles of 2016 of Environmental Evidence, according to Altmetric.com, and are amongst the top 5% of all research outputs ever tracked by Altmetric1.

These two articles are the result of CIFOR’s Evidence-Based Forestry Initiative (EBF), funded primarily by the UK Department for International Development (DFID) through their KNOWFOR grant to CIFOR. The EBF draws on the experiences and expertise of existing collaborations to strengthen the forestry community’s capacity for evidence-based decision making by establishing a “collaboration without walls” between CIFOR and partner organizations in international forestry research.

Key outputs of these evidence-based collaborations are systematic reviews and maps, such as the two featured articles, which identify the best available evidence on specific questions by using transparent and pre-defined procedures to find, evaluate and synthesize the results of relevant research. This process ensures that reviews can be updated as new relevant information emerges, and minimizes biases that may be present in existing forestry reviews of literature used by decision-makers. China’s conversion of cropland to forest program: a systematic review of the environmental and socioeconomic effects

Farming on sloping lands has historically led to forest loss and degradation in China, which coupled with unsustainable timber extraction activities, was deemed responsible for catastrophic flooding events in the late 1990s. These events led to the introduction of forest policies targeting ecological conservation and rural development in China, a process epitomized by the launch of the conversion of cropland to forest program (CCFP) in 1999. This systematic review responds to the question: What are the environmental and socioeconomic effects of China’s Conversion of Cropland to Forest Program after the first 15 years of implementation?

“China’s case is complex because the restoration is happening at the same time as mass migration from rural to urban areas and major changes in employment structures, as well as comprehensive tenure reform, which all have effects on land use, tending to reduce pressure in rural areas and increase it around cities.” – Louis Putzel, Senior Scientist, CIFOR, and one of the authors of the article.

Does the gender composition of forest and fishery management groups affect resource governance and conservation outcomes? A systematic map

Women often use natural resources differently than men yet frequently have minimal influence on how local resources are managed. An emerging hypothesis is that empowering more women in local resource decision-making may lead to better resource governance and conservation. Here we focus on the forestry and fisheries sectors to answer the question: What is the evidence that the gender composition of forest and fisheries management groups affects resource governance and conservation outcomes? We present a systematic map detailing the geographic and thematic extent of the evidence base and assessing the quality of the evidence, as per a published a priori protocol.

“There’s a good prospect of better outcomes for both people and nature when women are given a voice along with men in the management of their community natural resources.” – Craig Leisher, Monitoring and Evaluation Director, The Nature Conservancy, and principal author of the article.

These two articles are distributed under the terms of the Creative Commons Attribution 4.0 International License, which permits unrestricted use, distribution, and reproduction in any medium, provided you give appropriate credit to the original author(s) and the sources, provide a link to the Creative Commons license, and indicate if changes were made.

The Evidence-Based Forestry Initiative is part of the CGIAR Research Program on Forests, Trees and Agroforestry (FTA). FTA is the world’s largest research for development program to enhance the role of forests, trees and agroforestry in sustainable development and food security and to address climate change. CIFOR leads FTA in partnership with Bioversity International, CATIE, CIRAD, INBAR, Tropenbos International and the World Agroforestry Centre. FTA is supported by the CGIAR Fund Donors.

1 Altmetric data demonstrates the attention and impact of research by tracking who is talking about research papers and what they are saying. It constantly monitors social media sites, blog posts, news stories, Wikipedia, policy documents and other sources for mentions of research papers.