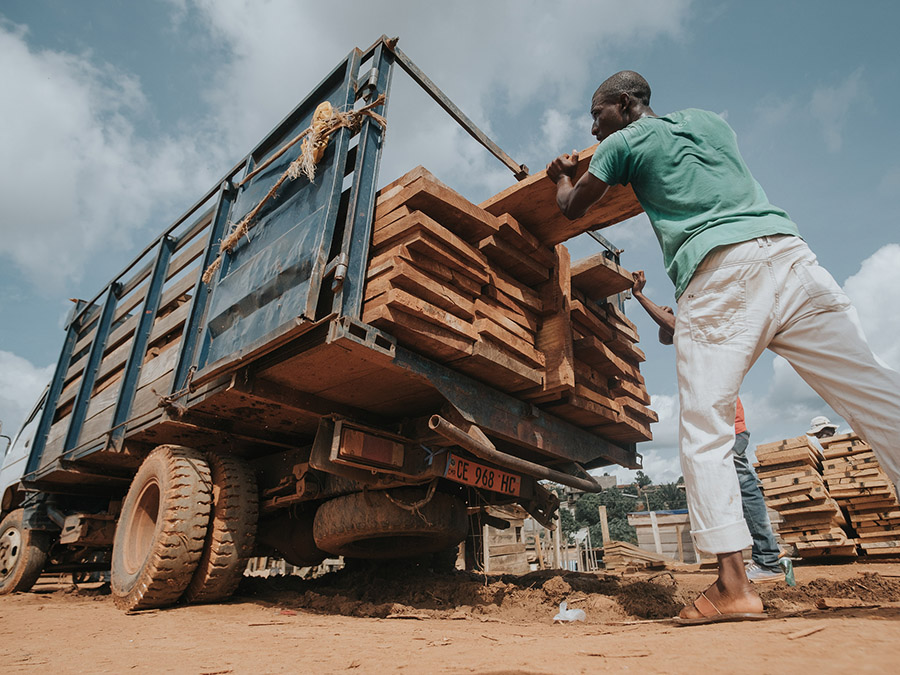 Twenty-five journalists from major media in Zambia met at the Woodlands Ash Lodge in Lusaka in early June to discuss innovative ways to collect and disseminate information about the environment, especially timber exploitation and charcoal production in the country.

It was equally an opportunity for CIFOR to make research results available to the women and men of the Zambian media. Discussions fostered novel news angles, bridged the gap between journalists and information sources on forest-related issues and worked to encourage and sustain environmental reporting in a politics-dominated media landscape.

From the outset, seminar participants enumerated their expectations, which included getting insight on CIFOR’s activities and those related to timber production in Zambia, exploring why environmental reporting in the country does not make it to the front page and finding out how to generate interest in stories on the environment. Attention also centered on ways to get accurate data from research bodies, giving a human face to environmental stories and establishing mutual trust between scientists and journalists.

The day included three presentations, a panel discussion and a Q and A. CIFOR scientist Davison Gumbo talked about the vision and mission of CIFOR, highlighting major research programs that have been carried out in Zambia. He pinpointed the provision of research evidence to guide policy and build the capacity of various stakeholders. Among the challenges, he mentioned extending a charcoal scoping study to more districts and the distribution, harvesting and trade in the mukula tree. He noted that bottlenecks in obtaining the necessary documents for the production and sale of charcoal helped to support illegal trade.

Taking a cue from Gumbo’s presentation, participants watched a documentary film that presents and crystalizes the methods of charcoal production in Nyimba district, eastern Zambia. Participants acknowledged that there is a niche in environmental reporting because of the scarcity of specialized reporters in the sector.

Insights and best practices from similar media workshops held by CIFOR in the Democratic Republic of Congo and Cameroon were shared, and journalists were advised to form networks and create platforms to help improve their skills, share experiences and foster interesting news angles.

The Permanent Secretary at the Ministry of Information and Broadcasting, Godfrey Malama, walked the participants down memory lane from the 1992 Earth Summit, which he covered through the difficult path of forming a cohort of journalists with a passion for environmental reporting in Zambia. He opined that environmental journalism had suffered over the years due to the lack of a pragmatic and cohesive approach to environmental issues in the country.

Malama urged participants not to relent and to strive in their work that aids in the fight against climate change and the illegal exploitation of the mukula tree through accurate reporting and information sharing. He called on the reporters to cover environmental scandals so that the government could address them. Citing a 2008 land use assessment study, the Permanent Secretary revealed that Zambia has one of the highest deforestation rates in the world, with the country losing between 250,000 – 300,000 hectares of forest annually. He implored them to join in raising awareness and educating the population on environment friendly activities.

The chair of the Zambian chapter of the African Network of Environmental Journalists shared his 20 years’ experience as an environmental reporter, and the Q and A focused on the country’s high rate of deforestation, forest governance, local forest exploitation and charcoal production and investigative journalism and censorship.

The Lusaka workshop was held on the heels of a similar one in Yaoundé, Cameroon. The sessions aim to improve and invigorate pathways for disseminating science and research results and offer tools and advice to influence policy in the forestry and land-use sectors.

These trainings, led by CIFOR with the support of UKAID, are followed by four months of monitoring and evaluation at the end of which select resulting publications are awarded prizes.