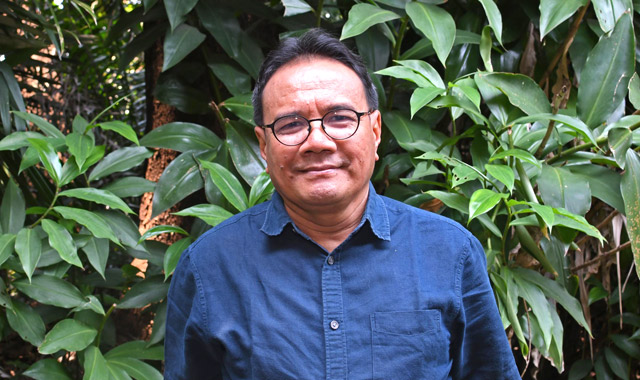 The award recognizes public figures, scientists and experts, who have devoted themselves to advancing science in Indonesia.

“Prof. Daniel Murdiyarso’s scientific work has changed the perception of decision makers regarding the relationship between land use, forest management and global climate change due to human activities,” said LIPI Chairman Dr. Laksana Tri Handoko during the official awards ceremony. “His dedication, contribution, and productivity of scientific publications, especially in the environmental field, make Prof. Dr. Daniel Murdiyarso a world-class thinker and scientist.”

The chairman also personally called Murdiyarso to let him know he was selected for the Sarwono award.

“I am so honored to receive the call from such a high-level person from such a respected institution,” Murdiyarso said.

The criteria for the award includes high integrity, contribution to the development of science, currently conducting research in their subject, generating information that is relevant for decision-making processes by policy makers, and the ability to motivate others in their field.

Formed in 1967, LIPI is the oldest and largest scientific institution in the country.

The Sarwono Award ceremony and Sarwono Prawirohardjo Memorial took place on August 23rd 2018 at the LIPI Main Auditorium in Jakarta.