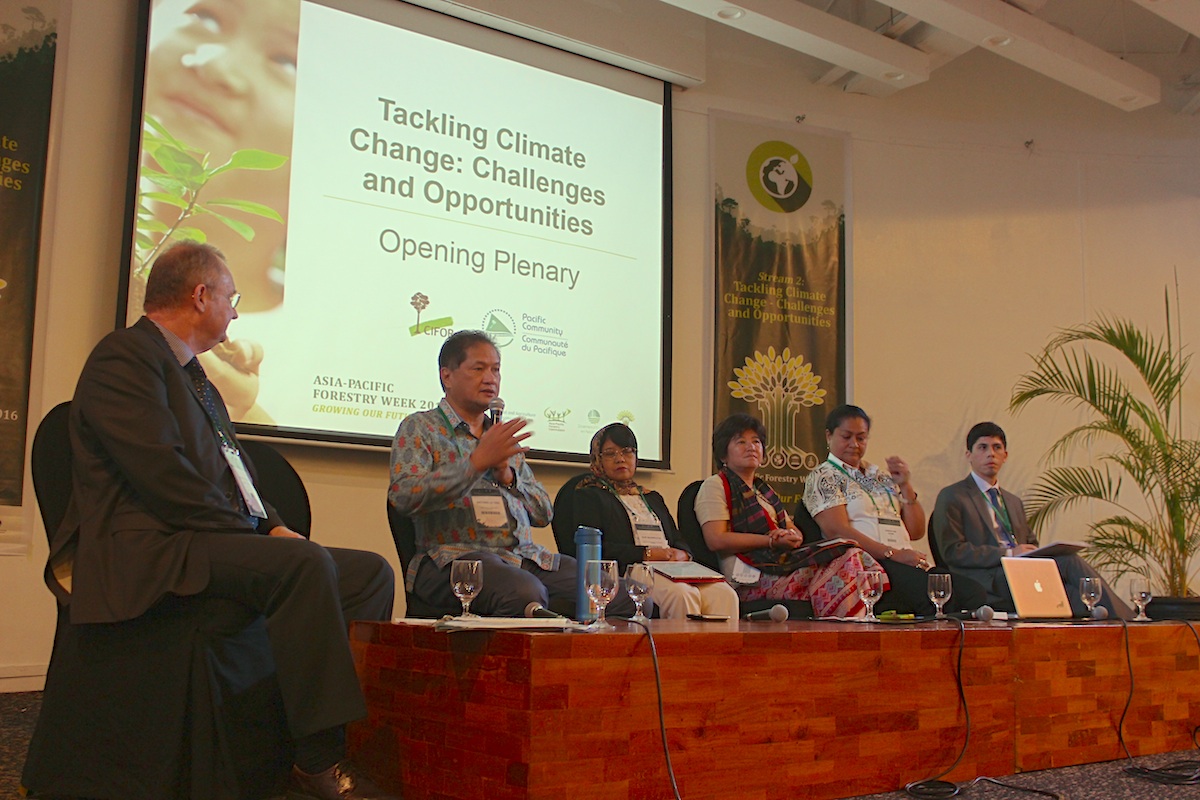 “Now that the dust has settled on the Paris climate change conference, countries around the world are regrouping to see how they can translate the lofty commitments made in Paris into practical action on the ground,” said Patrick Durst, senior forestry officer for the Food and Agriculture Organization of the United Nations (FAO).

At the ‘Tackling Climate Change’ Opening Plenary yesterday, Tony La Viña, UNFCCC negotiator for the Philippines and Dean of Ateneo School of Government said, “Paris was and is the best possible agreement that 196 countries could agree to. Now we must put into the place the things that have to be done, to decisively address climate change once and for all.”

Focusing on REDD+, Juan Chang touched on the need to move ahead with operationalizing results-based payments, while Nur Masripatin spoke of Indonesia’s priority to resolve implementation challenges, including strengthening monitoring, verification and reporting systems. Christine Fung highlighted the importance of non-carbon benefits for communities in the Pacific Island countries, with Joan Carling referring to improvements to livelihoods, food security and the protection and enhancement of cultural values as broader objectives.

On climate change adaptation, Carling also emphasized the role of indigenous knowledge in offering powerful contributions to adaptation, drawing on the centuries-long traditional practices of Indigenous Peoples across Asia.

The third Asia Pacific Forestry Week is co-hosted by FAO and the Department of Environment and Natural Resources (DENR), Philippines. The ‘Tackling Climate Change’ stream at APFW is led by CIFOR in partnership with the Pacific Community.

For more information on CIFOR’s involvement at APFW this week, visit:
http://www.cifor.org/cifor-at-asia-pacific-forestry-week/

For the event press release issued by FAO, visit:
http://www.fao.org/asiapacific/news/detail-events/en/c/384115/