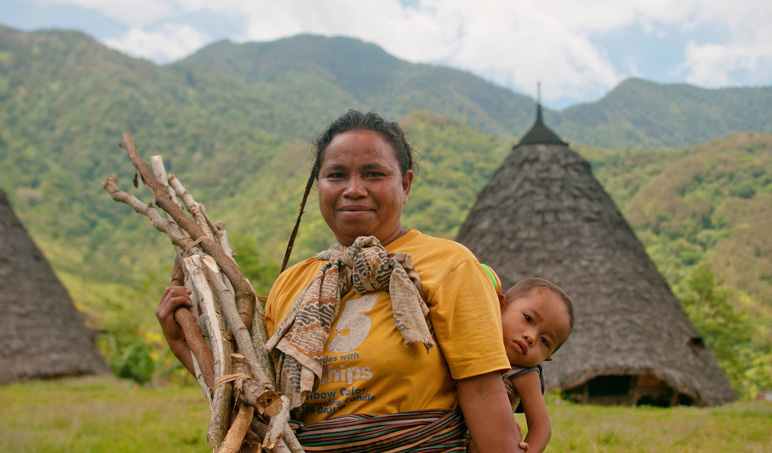 The Center for International Forestry Research (CIFOR) has launched a new action research program to better understand the impact that recent land tenure reforms have had on the tenure security and the well-being of forest dependent communities in Indonesia, Uganda and Peru.

Two decades of tenure reforms in Africa, Asia and Latin America have provided greater legal recognition of the rights of women, indigenous groups, and customary and local authorities. These have intended to improve livelihoods and incentives for sustainable land management. However, implementation of these reforms has been uneven and has led to mixed results, including an increase in tenure insecurity.

This new study builds on CIFOR’s existing body of research on forest tenure and rights, compiled in a 2012 report which not only affirmed that insecure tenure rights undermine sustainable forest use, but that understanding property rights is critical for good policy analyses that reflect realities on the ground. The report also found that the transition towards more community ownership of forests poses new demands on research.

The Tenure Security and Forest-dependent Communities program will be a global comparative study, with research to be carried out in Indonesia (Maluku and Lampung provinces), Uganda (Acholi and Bunyoro sub-regions of Northern and Western Uganda) and Peru (sites to be confirmed). Through a consultative and participatory approach with multiple stakeholders including government, community, research and civil society partners at sub-national, national and international levels, the study will aim to:

Initiated by CIFOR, this action research project will be conducted over a 3-year period, running from 2014 until 2016. The project is funded by the European Commission through the International Fund for Agricultural Development (IFAD)and the Global Environmental Facility (GEF) with the Food and Agriculture Organization of the United Nations (FAO) as implementing partner. It is part of the CGIAR Research Program on Forests Trees and Agroforestry.