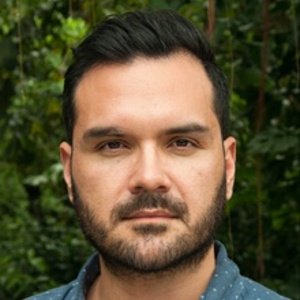 Juan Pablo Sarmiento Barletti (MA, MRes, PhD) carries out mixed-methods research on multiple aspects of the impact of natural resource extraction on forest-dependent communities, and of the participation of the latter in different related decision-making spaces. After lecturing in Social Anthropology at the universities of Durham and St Andrews in the United Kingdom between 2011-2016, Juan Pablo is now part of CIFOR’s Global Comparative Study of REDD+ (seconded from the Pontificia Universidad Catolica del Peru). Based in the Lima hub, he coordinates multi-sited research on multi-stakeholder initiatives around land use and land use change in Brazil, Ethiopia, Indonesia, and Peru. The project examines the potential role of these initiatives in transforming BAU decision-making practices in order to create more equitable outcomes for forest-dependent communities. As part of his wider work, Juan Pablo is also interested in exploring the real and potential transgressions of indigenous rights throughout REDD+ readiness and implementation phases around the world, and the potential application of this framework as a pro-rights tool that enables environmental justice for indigenous communities. Juan Pablo has carried out more than 40 months of ethnographic research with indigenous Amazonian communities since 2007, during which he has collaborated and carried out action research with indigenous organisations on their life plans, approaches to well-being, and resource management practices. He is an Honorary Research Fellow at both the Department of Anthropology at Durham University and the Centre for Amerindian, Latin American and Caribbean Studies at the University of St Andrews.