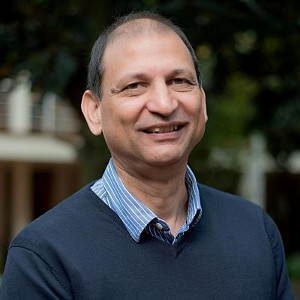 Ravi Prabhu is an accomplished scientist who has engaged in multi-disciplinary research and action in forested landscapes for almost 20 years. He earned his professional degree and doctorate in forestry from the University of Goettingen, Germany.

Ravi was previously a Senior Programme Officer, Forests and Climate Change with the United Nations Environment Programme (UNEP) in Nairobi. He led the UNEP team that contributed to the UN-REDD Programme – mainly by supporting countries to realize multiple benefits from REDD+, and to use REDD+ as a catalyst to transform to a green economy. Prior to that, he coordinated the Regional Plan for Collective Action in eastern and southern Africa, a joint initiative of CGIAR. He also worked in various capacities at CIFOR.

Ravi joined World Agroforestry (ICRAF) as Deputy Director General (Research) in 2012. He has served on numerous international initiatives and committees, including the Millennium Ecosystem Assessment where he served on the review and editorial team, and the UN Millennium Projects Taskforce 6 on Environmental Sustainability. He received the Queen's Award for Forestry at Buckingham Palace in 2005.