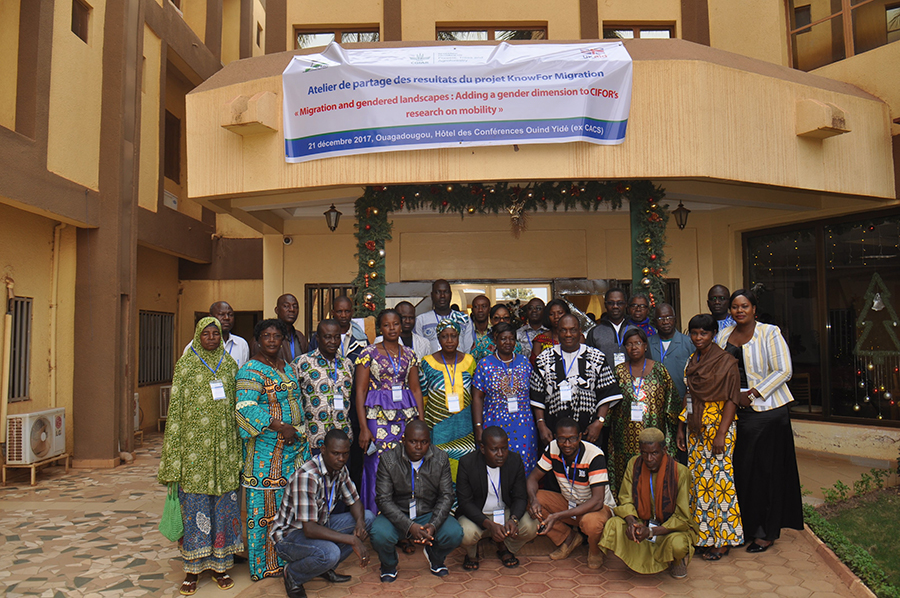 On 21 December 2017 in Ouagadougou, Burkina Faso, scientists from the Center for International Forestry Research (CIFOR) held a workshop on the roles of gender and natural resources in migratory Burkinabe communities. In a panel discussion facilitated by Poppy Serge, CIFOR consultant Catherine Pehou and CIFOR scientist Mathurin Zida shared findings and results from their research to government ministers, civil society, NGO leaders and students.

Illuminating the need for more internal gender equity and external policy support for the migrants and pastoralists, the workshop attracted attention from local media. The findings have since been covered by the national broadcasting and television of Burkina Faso (RTB) on three radio programs: Magazine la Terre Notre Richesse (18 January 2018), Rendez-vous de la Rédaction (18 March 2018) and Chronique Environnement (7 April 2018).

During the discussion, the scientists explained case studies highlighting issues such as increasing spatial conflicts between pastoralists and indigenous populations, an exodus of migrants’ effects on the national economy, rainfall reduction and water security, fragmentation of forest landscapes and the need for inclusion of women in decision-making processes. One particular session was devoted to migrants life stories told by the migrants themselves (six migrants among whom two women from the project case study sites attended the meeting). Their witness sustained the research results presented and informed a lively debate among the participants.

This research was conducted as part of the broader International Forestry Knowledge (KNOWFOR) Migration project, funded by the UK Department for International Development (UKAID). The project seeks to better understand the states of migratory communities, which account for 3.3% of the global population, in the face of environmental change. Over the course of the past two years, CIFOR scientists have been conducting research in countries across Asia, Africa and Latin America and socializing the results to inform policy and ultimately improve livelihoods.

Listen to the radio broadcasts (in French):