Home » Knowledge » Publications » The context of REDD+ in Guyana: Drivers, agents and institutions

The context of REDD+ in Guyana: Drivers, agents and institutions 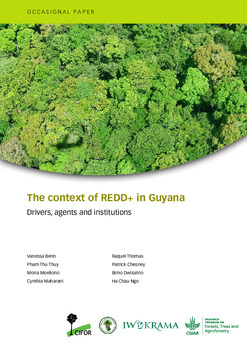 Send to email
Guyana is a small country with 87.5% of its area covered with forest (GFC 2018b) and lies in the center of the Guiana Shield, one of the four largest remaining standing tropical rainforests in the world. In 2006, Guyana took advantage of the recognition of the value of standing forest to mitigate climate change and became actively engaged in REDD+. Subsequently, in 2009, a Memorandum of Understanding was signed with Norway to support implementation of a Low Carbon Development Strategy (LCDS). This was a national plan to reorient Guyana’s economy and move towards more sustainable extractive industries and forest management. The bilateral agreement with Norway established a framework for performance-related finance of up to USD 250 million from 2010 to 2015 for implementation of the LCDS. Three main pillars of the LCDS, linked to its REDD+ agenda, included maintaining historically low deforestation, endorsing low carbon development and adapting to climate change (Bellfield et al. 2015).

More recently, and building on the LCDS, a new Green State Development Strategy: Vision 2040 has been developed for Guyana as a “twenty-year, national development policy that reflects the guiding vision and principles of the ‘green agenda’. The central objective is development that provides a better quality of life for all Guyanese derived from the country’s natural wealth – its diversity of people and abundant natural resources (land, water, forests, mineral and aggregates, biodiversity)” (GoG 2019b, p. 1).

Since 2009, CIFOR has conducted the Global Comparative Study (GCS) in 13 countries, with Guyana as the final addition. Among the GCS-REDD+ case studies, Guyana is one of the most advanced REDD+ countries, alongside Brazil (KorhonenKurki et al. 2019), and the Norway–Guyana bilateral agreement is the world’s second largest national-level REDD+ scheme (Bade 2013). Yet, Guyana’s economy still largely depends on extractive resources, with mining remaining the main driver of deforestation and forest degradation. The potential revenue anticipated from offshore oil extraction might change the country’s landscape and outlook, putting the permanence of REDD+ under scrutiny. The Guyana case study, therefore, presents many lessons on how to balance development paths without jeopardizing national forest resources.

This work is licensed under a Creative Commons Attribution 4.0 International License 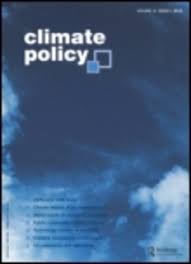