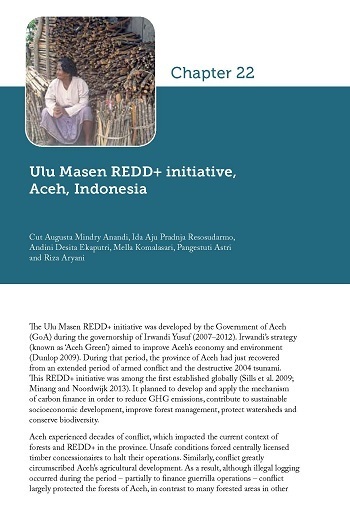 Send to email
The Ulu Masen REDD+ initiative was developed by the Government of Aceh (GoA) during the governorship of Irwandi Yusuf (2007–2012). Irwandi’s strategy (known as ‘Aceh Green’) aimed to improve Aceh’s economy and environment (Dunlop 2009). During that period, the province of Aceh had just recovered from an extended period of armed conflict and the destructive 2004 tsunami. This REDD+ initiative was among the first established globally (Sills et al. 2009; Minang and Noordwijk 2013). It planned to develop and apply the mechanism of carbon finance in order to reduce GHG emissions, contribute to sustainable socioeconomic development, improve forest management, protect watersheds and conserve biodiversity.
Aceh experienced decades of conflict, which impacted the current context of forests and REDD+ in the province. Unsafe conditions forced centrally licensed timber concessionaires to halt their operations. Similarly, conflict greatly circumscribed Aceh’s agricultural development. As a result, although illegal logging occurred during the period – partially to finance guerrilla operations – conflict largely protected the forests of Aceh, in contrast to many forested areas in other parts of Sumatra and in Kalimantan. The disastrous tsunami in 2004 ended the protracted conflict, culminating in the 2005 Peace Agreement. Peace in Aceh has enabled local people to clear forests for agriculture. Moreover, demand for timber in post-tsunami rehabilitation and reconstruction has significantly increased pressures on Aceh’s forests. Illegal logging, notably by ex-combatants, also continues. Irwandi Yusuf introduced his green vision to counteract these problems in Aceh, giving environmental considerations prominence in Aceh’s policies.
To some extent, the context of REDD+ in Aceh is different from that of other areas in Indonesia because of its special autonomous status (Law 18 of 2001 on Special Autonomy for the Province of Nanggroe Aceh Darussalam). Aceh has the power to make its own laws, called Qanun. In 2002, for example, the Aceh Government issued a Qanun on the management of natural resources. The province has more authority over its development in comparison to most other provinces of Indonesia. The province also gets a disproportionate share of development funding and natural resource revenue from the central government. Its autonomy was further strengthened by Law 11 of 2006 on Aceh Governance. However, Aceh’s augmented authority is unclear with regard to the management of forests. This is because areas within forest zones (kawasan hutan), including those in Aceh, are under the purview of MoFor. Furthermore, the implementing regulations for Law 11 of 2006 that would set out and clarify Aceh’s authority, have not been formulated. These ambiguities arguably have implications for the implementation of any REDD+ projects/initiatives.
A recent change in leadership has placed the Ulu Masen REDD+ initiative in a state of limbo; its status as of 2014 is uncertain. It has not been formally terminated, nor is it being continued. However, REDD+ has not finished in Aceh, but has taken a different focus; it continues at the policy level. 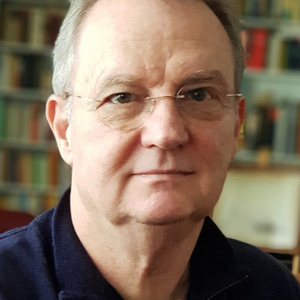 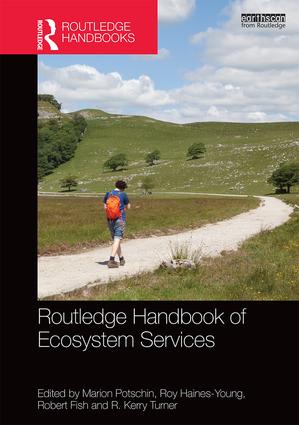