CIFOR research has made valuable contributions to understanding the drivers of deforestation.

His ground-breaking work with Arild Angelsen on economic models of the causes of deforestation and how increased agricultural productivity affects deforestation rates has been very widely cited by subsequent researchers working on those topics.

Looking ahead, David Kaimowitz identifies a new research challenge: understanding how changes in forest cover influence climate through pathways that are unrelated to carbon emissions or carbon sinks.

David Kaimowitz is currently Director of Natural Resources and Climate Change at the Ford Foundation. He holds a Ph.D. in agricultural economics from the University of Wisconsin. Before joining CIFOR, he held positions at the Inter-American Institute for Cooperation in Agriculture (IICA) in Costa Rica; the International Service for National Agricultural Research (ISNAR) in the Netherlands; and Nicaragua's Ministry of Agricultural Development and Agrarian Reform (MIDINRA). He has also written or co-written seven books and published more than 100 other scientific publications.

In conversation with David Kaimowitz

2001
Rethinking the causes of deforestation: lessons from economic models
FORESTS NEWS
View all

When does technological change in agriculture promote deforestation?

Can roads and tropical forests be compatible? Ecotourism and Conservation of Biodiversity

How to save Indonesia’s last seasonal forests

How far has Indonesia come on peatland conservation and restoration?

An introduction to CIFOR's global comparative study on REDD+ (GCS-REDD+) 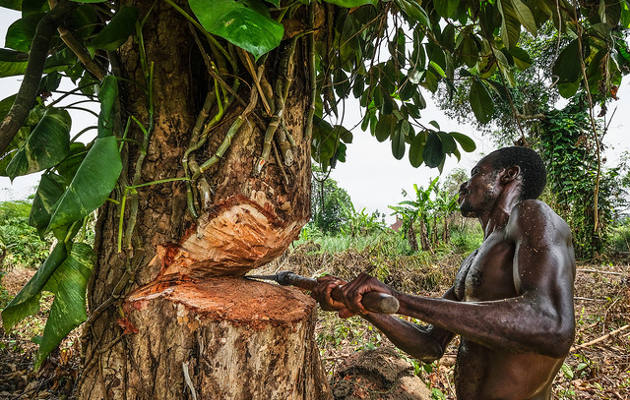