He warns that a key challenge to addressing climate change is that the current commitments of the Paris climate agreement signatories are not sufficient to reduce global warming to the levels they had agreed in Paris.

Markku Kanninen was with CIFOR from February 2003 to December 2010, where he was Director of Ecosystem Services and Sustainable Use of Forests Program.

He is currently Professor of Tropical Silviculture and Director of the Viikki Tropical Resources Institute (VITRI) at the University of Helsinki. Markku is an expert in tropical forestry, climate change, forest ecology, and forest management. He has published over 300 publications, including over 100 internationally peer-reviewed scientific articles. He holds a Dr.Sc. degree from the University of Helsinki, Finland. He has been involved in tropical forest research for about 40 years. Prior to his current position, and his time at CIFOR, he was Deputy Director General of CATIE (Costa Rica) (1996-2003); and earlier the Director of The Finnish Research Program on Climate Change (1990-1995).

He has been involved in science policy dialogue on forests and climate change for more almost 30 years. He has been actively involved in the work of the Intergovernmental Panel on Climate Change (IPCC) since 1990. Currently, he is a lead author of the recently published IPCC Special Report on 1.5 degrees, and member of the 15-person Finnish Climate Panel. He is a member of the Finnish Academy of Sciences and Letters. He received the Nobel Peace Prize as a member of the IPCC in 2007.

His professional website can be found here.
Research on forests and climate change has expanded exponentially.
The main challenge is that the current commitments of the countries who have signed the Paris climate agreement are not sufficient to reduce global warming to the levels (1.5-2 degrees) the countries agreed in Paris.

In conversation with Markku Kanninen 2018
A systematic review of the socio-economic impacts of large-scale tree plantations, worldwide 2017
Global variation in the cost of increasing ecosystem carbon Markku Kanninen on The State of Negotiations

IPCC 1.5°C Special Report: More questions than answers when it comes to land use and forests Global bio-economic transformation: What does it mean for forests?

Nature-based vs. technological approaches to adaptation to climate change in the Peruvian Andes 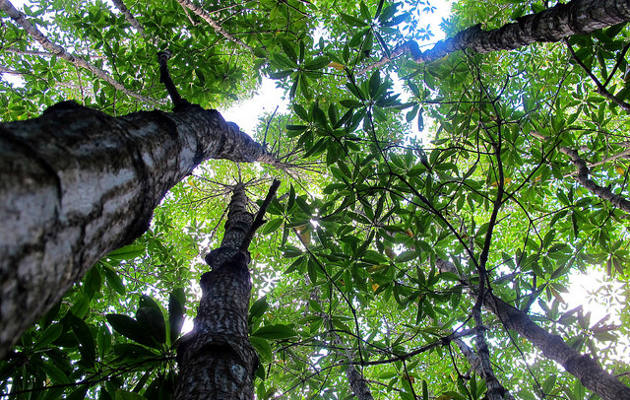