This panel discussion will reflect on the likely extension of the Lima Work Programme on Gender, a possible Gender Action Plan, and the gender-responsiveness of policies and actions outlined by Parties in their Nationally Determined Contributions. The discussion will specifically touch on different ways in which the work of the convening organizations can support the various policy processes to promote gender-equitable change.

Houria Djoudi
Presentation:
To be confirmed


Speaker's bio:
Houria Djoudi is a Scientist at CIFOR, with a focus on socio-ecological systems analysis at the interface of research and development, particularly environmental and institutional changes, and the linkages between management of natural resources and livelihoods and policy processes. At CIFOR, Houria works on climate change adaptation, vulnerability analysis and the linkages between adaptation and mitigation. Her work includes the analysis of social processes of adaptation, particularly in relation to gender. She researches agro-sylvo-pastoral systems in dry forest areas, mostly in North and West Africa and Central Asia. She speaks Berber, Arabic, French, English, German and Bahasa Indonesia. 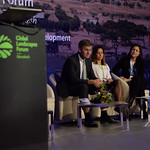 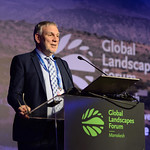 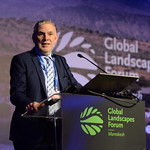 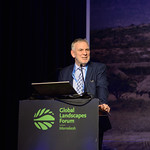